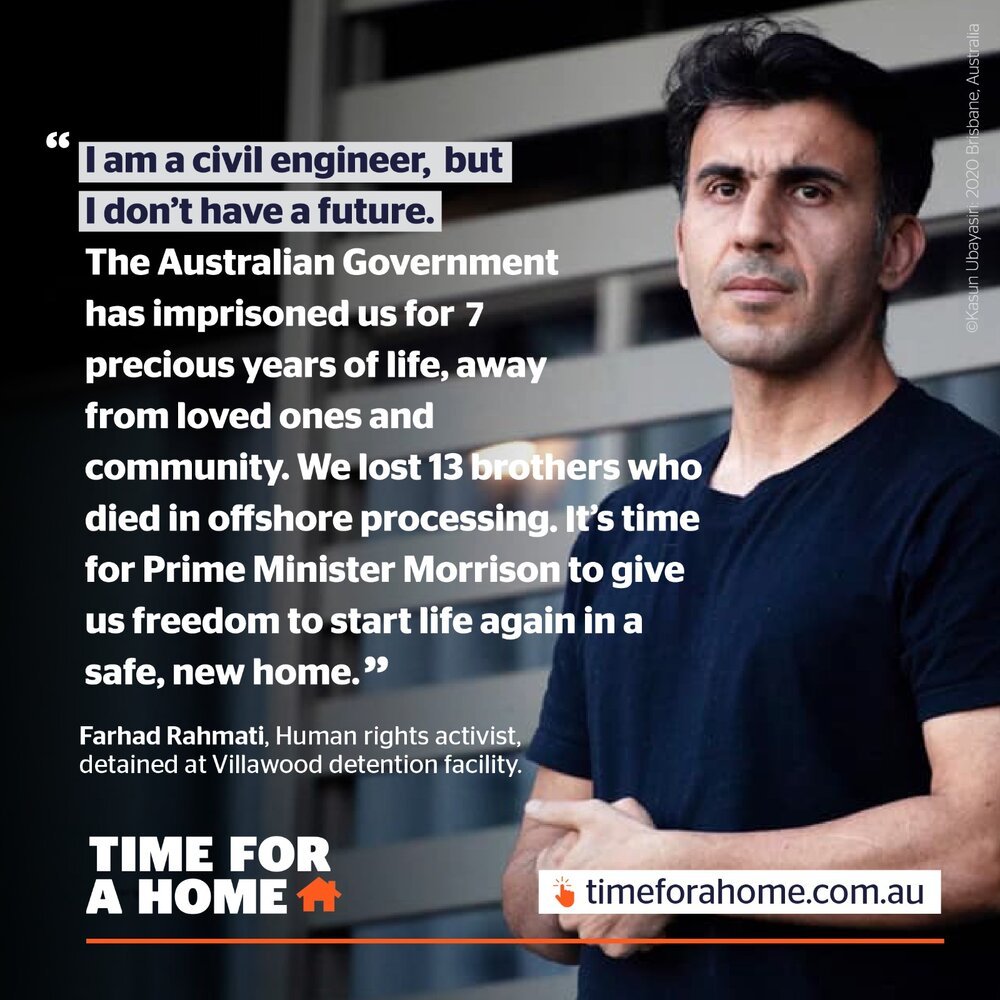 This campaign aims to get refugees released from detention has commenced. Two prominent Kurdish refugees are spear-heading the campaign and about 60 major refugee organisations from around Australia are supporting it.
One of the refugees is Moz (Mostafa Azimitabar) who is imprisoned in the Mantra Hotel. His face is featured on a huge mural that was completed last week near the Richmond Station. The other is Farhad Rahmati, a civil engineer who recently was transported in handcuffs to Villawood after giving a radio interview on Brisbane’s ABC Morning Program where he talked about the recent sad event involving his friend Saif at Kangaroo Point.
Find out more on at https://www.timeforahome.com.au

Return to top of the page.