This Resource Kit has been compiled by the Australian Refugee Action Network (ARAN) to provide a range of accessible material and resources to support community groups to mark the 20th anniversary of the events which culminated in the ‘Tampa election’ in 2001. In the 3 months from 26 August to the federal election in November the Howard Government made decisions, passed legislation and engaged in propaganda which set the direction of refugee policy and resulted in 20 years of suffering for people seeking asylum, and 20 years of shame for Australians.

What’s in the Kit?

Use the information provided here to raise awareness in your community about the Tampa Affair, the Children Overboard scandal, and the SIEVX tragedy 20 years ago, and the ongoing consequences for refugees and people who have sought asylum in Australia.

Here are a few suggestions for marking 20 years of suffering . 20 years of shame, and to show how it could all have been so different – if our politicians then and since had stood up for just and compassionate policies.

Read about what happened, and how it shaped our current refugee policies.

See links to a number of articles including:

This Lateline report (dropbox) from the lead-up to the 2001 Federal election analyses the electoral impact of the Tampa crisis. It provides a short history of Australia’s response to asylum seekers and refugees.

Thiet Huynh – Arrived in Australia from Vietnam as a refugee 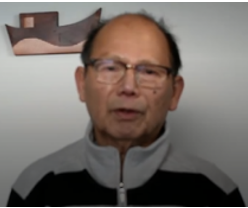 David Looker is a former Vice President Operations USA for the Norwegian shipping company, Wallenius Wilhelmsen, and he shares his memory of the Tampa Incident (dropbox) and his company’s attitude to always save lives as sea. 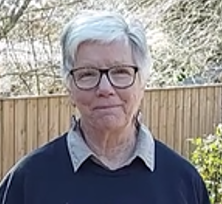 Louise gives a brief overview (dropbox) of the activities for RAR and its aims to assist refugees. 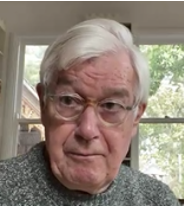 Julian gives brief description of the Tampa incident (dropbox) and the impact on refugees since. He mentions the financial cost of indefinite detention and suggests that it would have been cheaper for the government to give each detained refugee $1 million. A absurd situation. 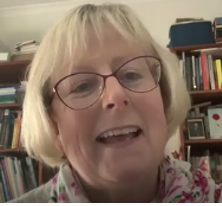 Ali Corke, founder of Rural Australians for Refugees in Apollo Bay, Victoria, speaks about the Tampa as a key moment (dropbox) when our government chose the politics of fear. Ali is the author of Take Shelter, and the Power of Good People, both drawing on her experiences of getting to know refugees and becoming part of their journeys to safety and security in Australia. Ali can be contacted on email 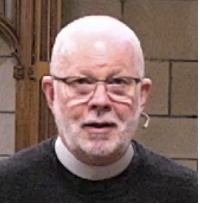 The Very Rev’d Dr Peter Catt is Dean of St John’s Anglican Cathedral, Brisbane. Dr Catt holds a Bachelor of Divinity and a PhD in Evolutionary Microbiology. He is Chair of the Australian Churches Refugee Taskforce and President of A Progressive Christian Voice. He also serves on Anglican and Ecumenical Social Justice Committees at a Diocesan and national level.

Peter has long been a voice in support of refugees and comments in the impact of the Tampa Incident on the Australian community. Watch him speak here (dropbox)

The Kit contains lots of great memes you can post on social media to raise awareness of the significance of the Tampa election, and to call for welcoming refugee policies.

Also feel free to use any of the clips above on your social media and/or use either or both of these short clips:

A short extract of Ali reading a poem by her daughter on fear (dropbox). It is ideal for Social Media being 27 seconds long.

Another short extract (dropbox), 49 seconds, on the fear we should reject to again be proud of our treatment of the vulnerable.

See below a sample letter/email to send to your local MP and the Senators in your state. It’s important that our local politicians and senators who vote on all legislation, are reminded that many Australians disapprove of the current policies of deterrence, and want to see Australia treating refugees and people who seek asylum with compassion, and respect their right to seek protection here.

Find the email addresses for the Senators in your state in the Word Document below:

Did you know that August 2021 marks 20 years since the Tampa election. As we all know, the decisions taken back in 2001 set the course for 20 years of unnecessary suffering for people who sought safety here is Australia.

Thousands of people feeling war in Afghanistan and Iraq, and persecution in Sri Lanka and Myanmar have exercised their right to seek asylum since 2001. Instead of recognising this right by processing their claims for protection in a timely and orderly way, we have punished them – in offshore detention centres where conditions were reported to be worse than refugee camps in impoverished countries, in long term detention in Australia, keeping them separated from loved ones for decades, and allowing them to languish in limbo with no resolution of their claims.

Australia is now recognised internationally as having one of the harshest detention regimes for refugees, and incredibly just recently further cemented in our domestic law the right to arbitrarily and indefinitely detain people including refugees. This legislation is truly shameful, and in absolute contravention of international law, our international treaty obligations, and our espoused commitment to freedom and fairness.

It is time for change. We cannot continue on this path of calculated cruelty – it harms refugees and people seeking asylum, and our international reputation has been badly tarnished by this wilful abuse of human rights. Quite rightly the UN Human Rights Commission has consistently criticised Australia’s unlawful treatment of people who seek our protection.

We can no longer tolerate this cruelty, and the erosion of our commitment to a fair go for all.

It’s time to speak up for justice and compassion for refugees. Australia can easily welcome many more refugees, and embrace them as citizens together with us.

Once you have written your letter, it’s a good idea to review it and send a short version to your local news outlet.

And…. Don’t forget to post one of your key messages on your social media.

There are several cartoons from the time of the Tampa incident, and also photographs from various protests – these can be used on your social media also.