Politics and Protest
The Fight for Refugee Rights

The conference was held Melbourne on Saturday and Sunday  July 7-8  2018. 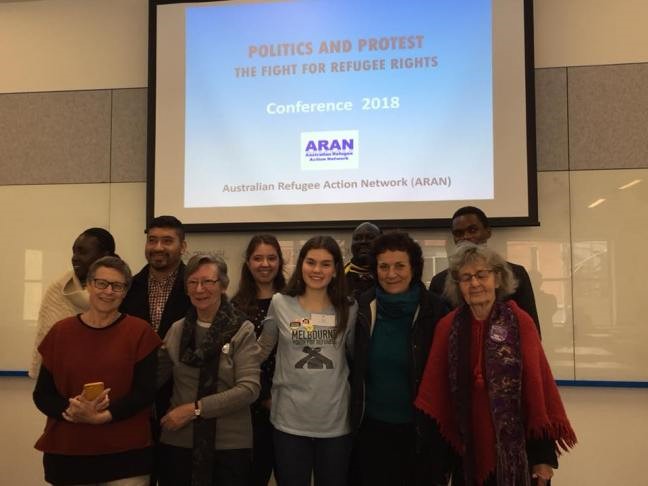 Conference program
Download the full program here as either double sided A4 or A5 folded version.

The Australian Refugee Action Network conference
was open to anyone interested in refugee activism and advocacy.

Conference dinner was a Tamil Feast

Opening Address: Julian Burnside human rights and refugee advocate and documentary maker (Border Politics) will talk about the effects on our society of adopting ideas that reject humanity and undermine democracy.

Discussion on the role of ARAN in strengthening the campaign for
refugee rights.

ARAN member groups were requested to:
• Nominate two delegates to vote in the election to choose the ARAN Committee
members for 2018-19. Delegates will need to be present at the Conference
session on Sunday morning (8 July)
• Nominate one or more candidates to stand for election to the Committee (noting
that the Committee only one representative from any member group may be
elected).

Note: Delegates may also be candidates. Candidates will need to provide a brief
statement about why they are standing for election to the ARAN Committee.

Ideally candidates will be present at the election session, but candidates may be elected in absentia.

Read the report of ARAN’s first national conference held in 2017.